Mr. Kavala, president Erdogan described you like the “George Soros of Turkey” and he seems very worried to see you free. Why is he so interested in your case?
«The President may have personal reasons to prefer I remain behind the bars. In recent years I have criticized the government’s decisions and policies which I thought were restricting civil rights and freedoms; I have criticized the state of the judiciary and the presidential system for lacking effective mechanisms of checks and balances. But I think, as his repeated statements about George Soros and myself indicate, his special interest in my trial is related to his desire to keep alive the claim that Gezi Park protests of 2013 were staged as an external conspiracy to overthrow the government; I think that this outweighs his other concerns. As there was no evidence to support this claim, there was a need for a fictional story involving George Soros who is considered as the main force behind popular uprisings and regime changes in our region. Since I was associated with the Open Society Foundation which is supported by Soros, and I opposed the construction project at Gezi Park and supported the sit-in at Gezi Park, even though I did not provide any financial support, I was given the role of being the link between Soros and the protesters.
The alleged involvement of Soros and myself as his collaborator is used not only to criminalize the protests of that time, but also to stigmatize the current ones. For instance, the students who protested against the politically appointed rector of the Bogazici University and those who organized a sit-in demanding proper student residences were labelled as trouble makers and compared to Gezi protestors.
It seems the narrative that foreign powers are launching attacks to overthrow the government will be used to consolidate the support for the government until the next elections. The President blames foreign powers for the worsening economic problems which badly hurt his popularity and claims that these problems started with the Gezi Park events».

May you explain the charges against you and why the government keeps persecuting you?
«My imprisonment creates the perception that I am guilty, and keeps alive the claim that Soros was behind the Gezi Park protests. If I had been released, it would have been more difficult to use the narrative that foreign actors keep conspiring against the Turkish government. At the end of the first Gezi trial, the Court acquitted me and the other defendants. When the President reacted to this decision, I was arrested on the charge of supporting the failed coup attempt of 15 July. Then, in order to circumvent the judgement of the European Court of Human Rights (ECtHR) ordering my immediate release, a new offence was fabricated and I was arrested on the charge of espionage. Thus, my detention was prolonged until the decisions of acquittal were overturned, and the perception that the government found appropriate could be sustained as the trial was handed over to a new panel of three judges. One of them was a lawyer who apparently had run to be selected as an AKP (Mr. Erdogan’s party) candidate for the 2018 parliamentary elections, someone who had publicly expressed his strong admiration for the leadership of Mr. Erdogan. The other two bogus charges were no longer needed, so I was acquitted of them!».

Did you have a fair trial before the law?
«After the attempted coup of 15 July 2016, a massive purge was conducted in the judiciary. A number of lawyers who had connections with the ruling party were appointed as judges. Similarly, the judges and prosecutors whose political loyalties are known were promoted to critical positions. The board that takes decisions regarding the promotions and transfers of the members of the judiciary, presided by the Minister of Justice, is under the control of the government.  Therefore, in general the political trials in which the government is a party or has a keen interest are conducted in accordance to the preferences and political priorities of the government. Such political trials are not likely to be fair». 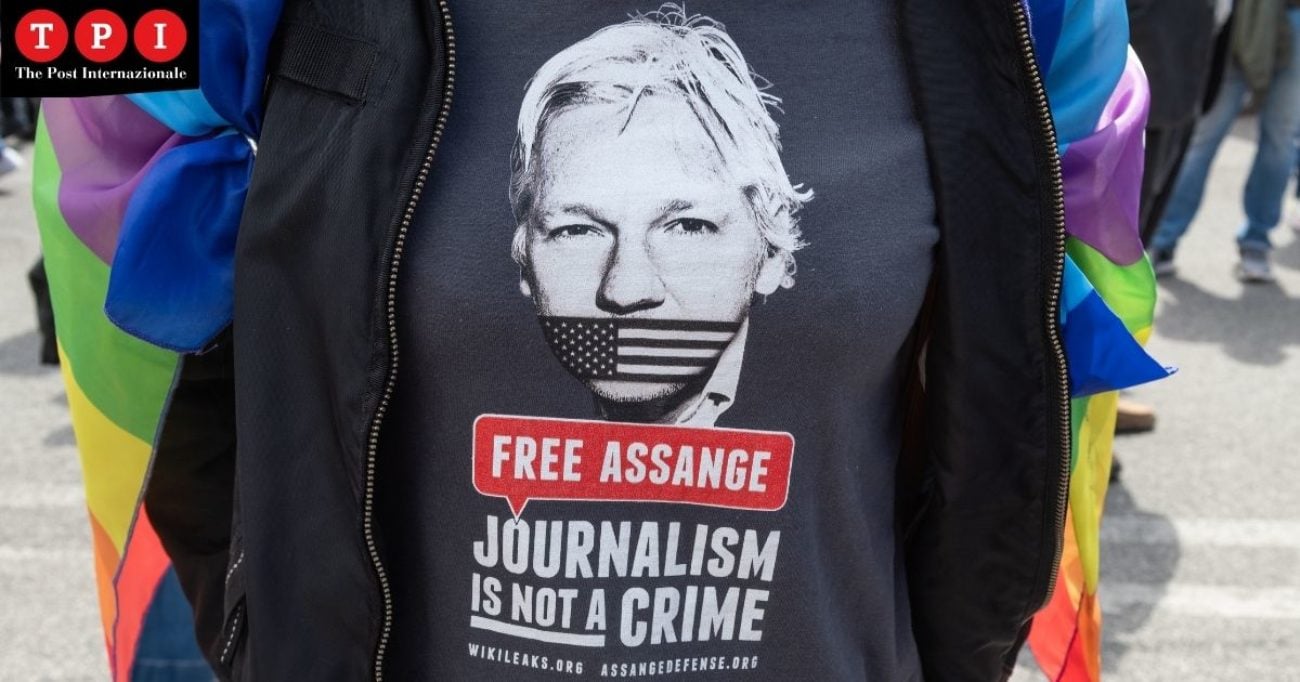 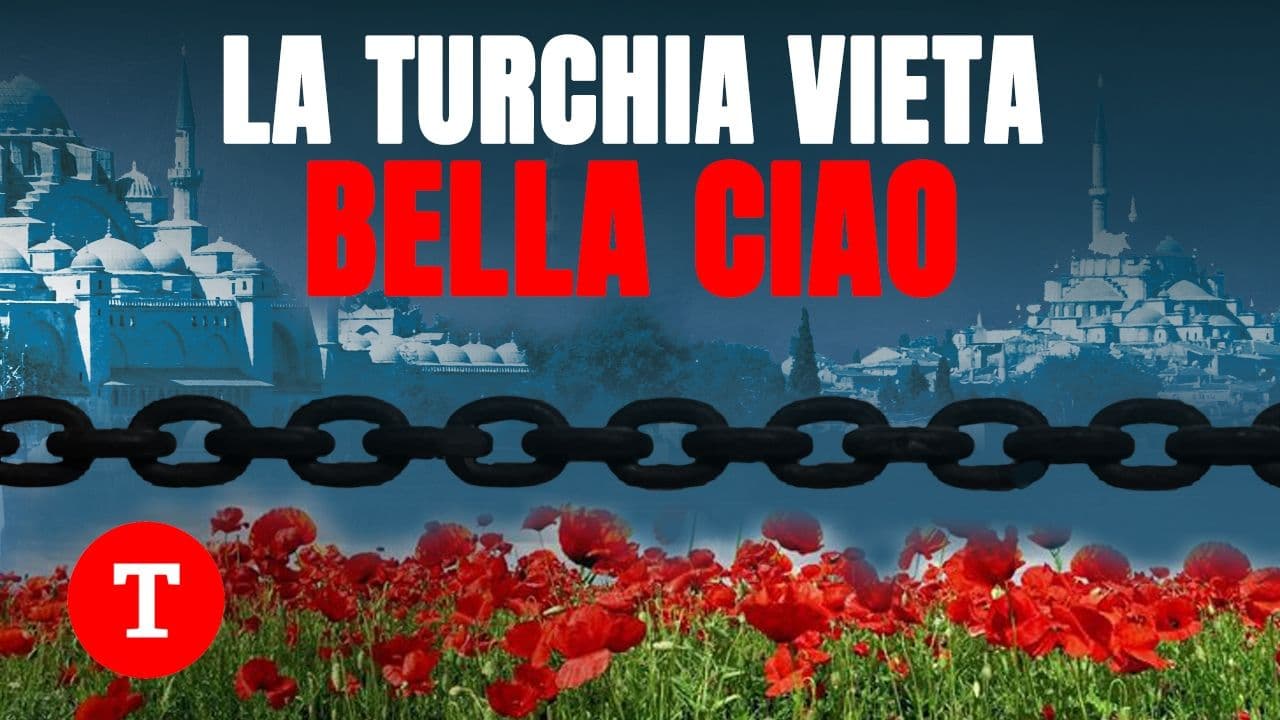 What is the aim of the government? Is it a message for the opposition?
«I think the use of judiciary to punish individuals who are considered guilty by the government is certainly a message to the civil society organizations that they must not undertake activities that will disturb the government. Moreover, it serves to keep alive the narrative about foreign enemies. The government often accuses the opposition parties for serving the interests of the foreign powers. I think in the pre-election context, in order to consolidate the support of the electorate, policies that emphasize security will go together with this foreign enemy narrative».

President Erdogan is considered an authoritarian leader in Europe, what’s the difference with Vladimir Putin?
«Both have similar views and attitudes regarding civil rights and universal norms of democracy and law. Both consider demands and criticisms coming from the West related to human rights issues as hostile acts, as interference in their domestic policies. Both accuse the opposition for siding with the Western powers. However, the political structures and dynamics of the two countries are different. Erdogan is collaborating with the nationalist MHP to secure majority in the Parliament. The leader of the MHP believes that the fight against the enemies of the state is far more important than protecting civil rights and freedoms, that the pro-Kurdish HDP should be banned because of its closeness to PKK, and the Constitutional Court should be closed because its decisions related to individual applications about violations of rights, as he argues, tolerates subversive activities. He also suggested that I be expatriated. On the other hand, as shown by the victory of opposition candidates in almost all big cities in the last local elections, the opposition is strong in Turkey. It is possible that the presidential system providing excessive powers to the president and lacking effective mechanisms of checks and balances may be changed after the forthcoming elections, in case the alliance of six opposition parties becomes successful».

Should the EU, US and Council of Europe impose sanctions against Erdogan’s government?
«The Council of Europe initiated the infringement procedure and assigned the ECtHR to evaluate whether the Turkish authorities had taken the necessary steps to comply with the earlier decision of the Court or not. In the event that the ECtHR finds a violation, which is very likely, the Council of Europe may impose a sanction under the European Convention on Human Rights. This sanction will have political and symbolic weight, but the Council does not possess instruments for economic and financial sanctions.
I am not sure if economic sanctions by the EU or USA may help the improvement of human rights and rule of law in Turkey at this moment while the President is heavily using the rhetoric of hostilities by foreign powers and trying to explain for the worsening economic situation by using this narrative. It is clear that he will continue to do so up until the elections next year. But, certainly, it is extremely important that the strategic interests of the Western countries not to overshadow the concerns about human rights violations and repressive policies against the members of the opposition in Turkey. These issues should be raised in an effective way in meetings with the Turkish authorities and the prospects of closer cooperation should take into consideration the required improvements in the areas of human rights, rule of law and freedoms.
I attach importance to the establishment and maintenance of an international relations environment that keep these problems high on the agenda».

Do you think you will ever be released while he is in power?
«We assume that the completely unlawful verdict in the Gezi Trial will be overturned by the Court of Cassation. However, this Court will not be able to review the decision sooner than one year, that is, before the elections.
It is possible that the President may no longer need to use the foreign enemy rhetoric and to keep me in prison after the elections. But I think the joint candidate of the six opposition parties will have stronger chances to win. These parties have expressed their commitment to restore the parliamentary rule and the independence of the judiciary. If this happens, not only myself but hundreds, even thousands of people who are put behind the bars without proper evidence, may win back their freedoms». 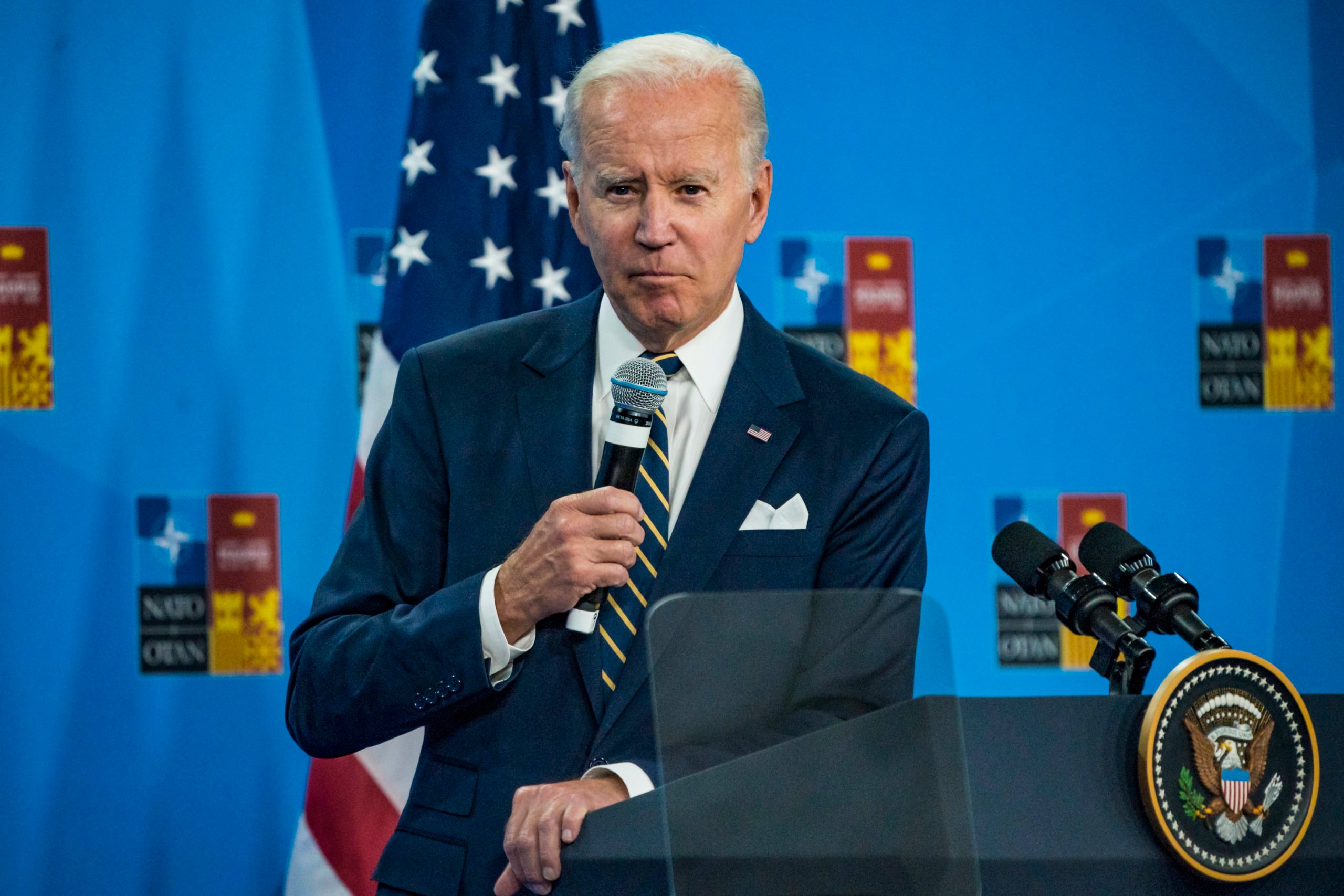 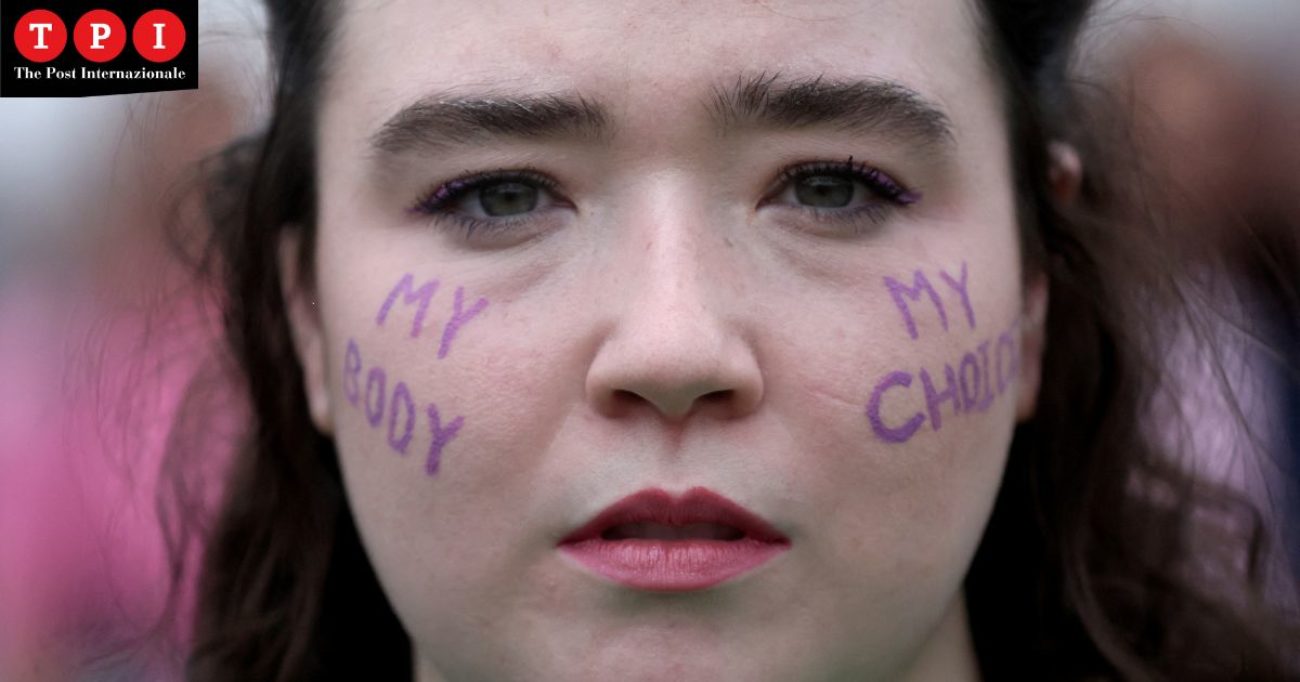 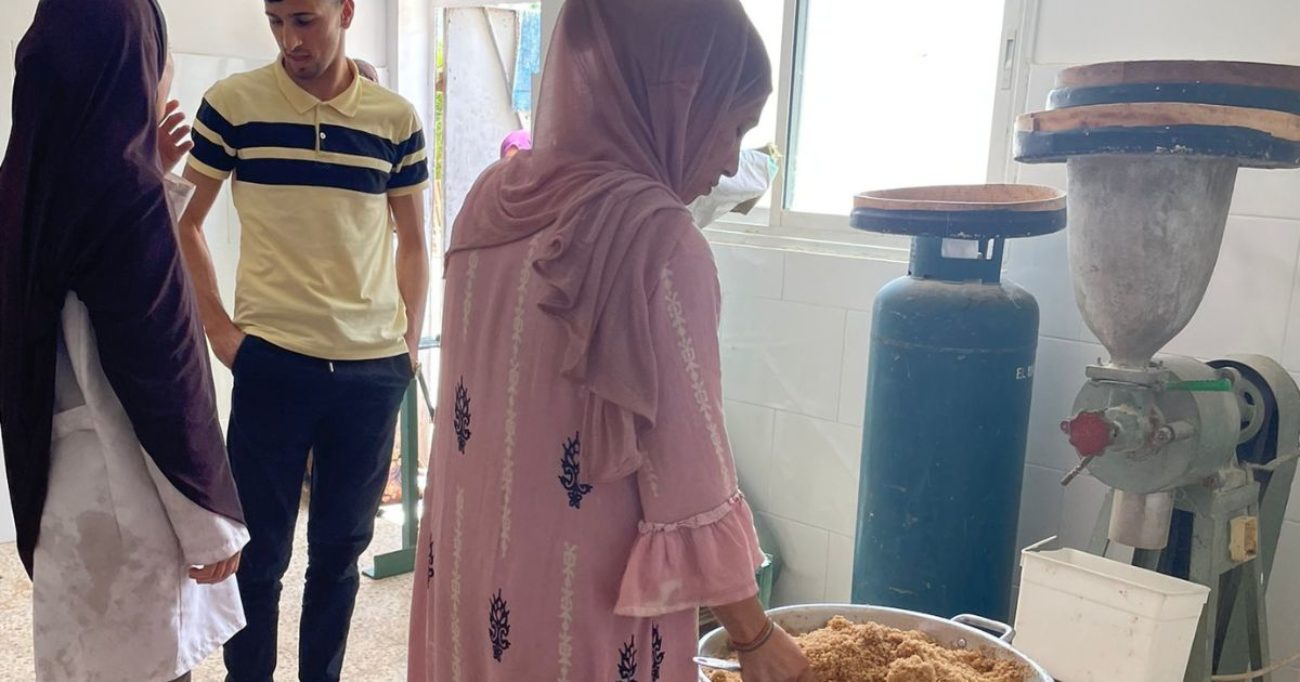 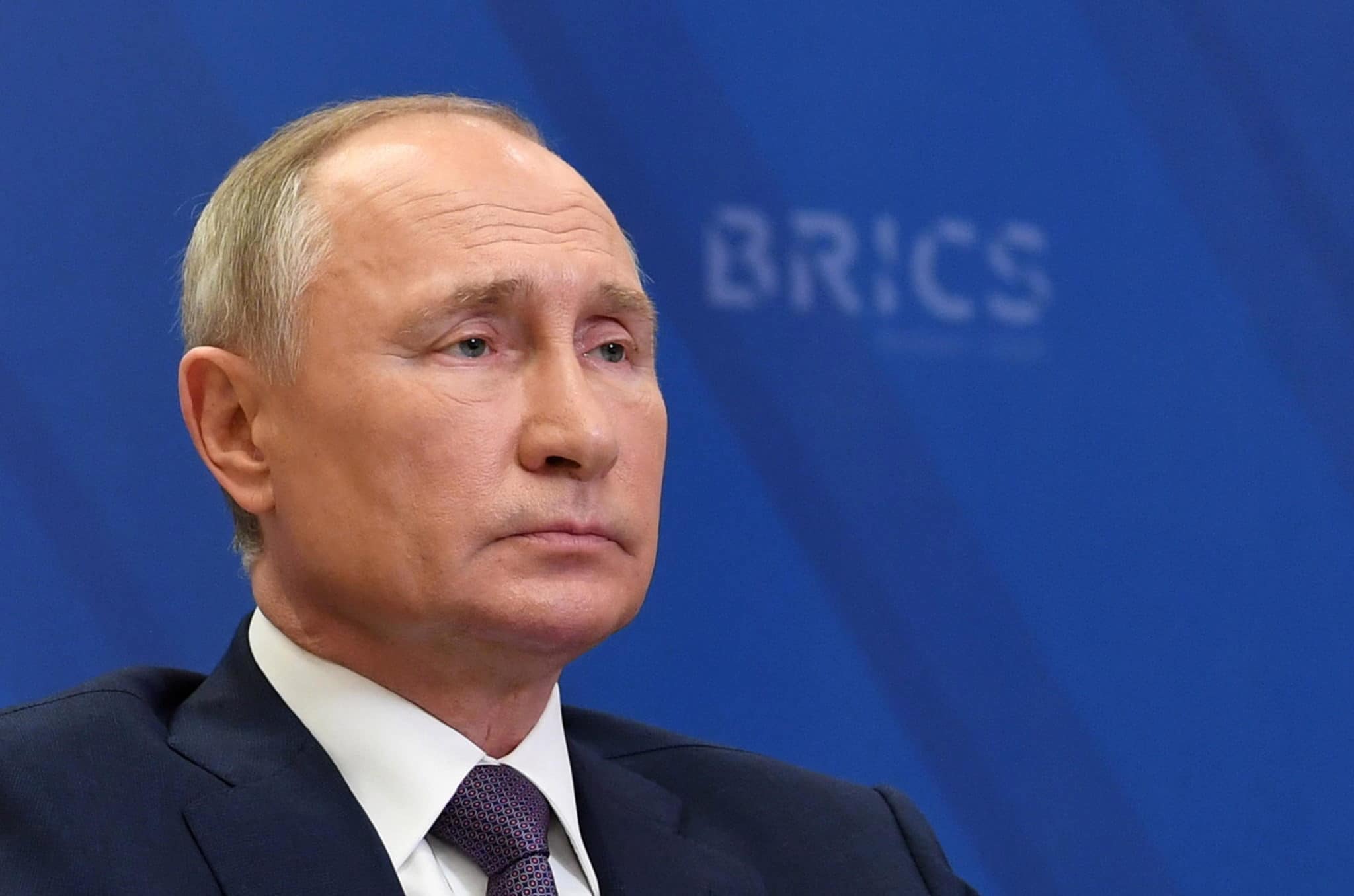 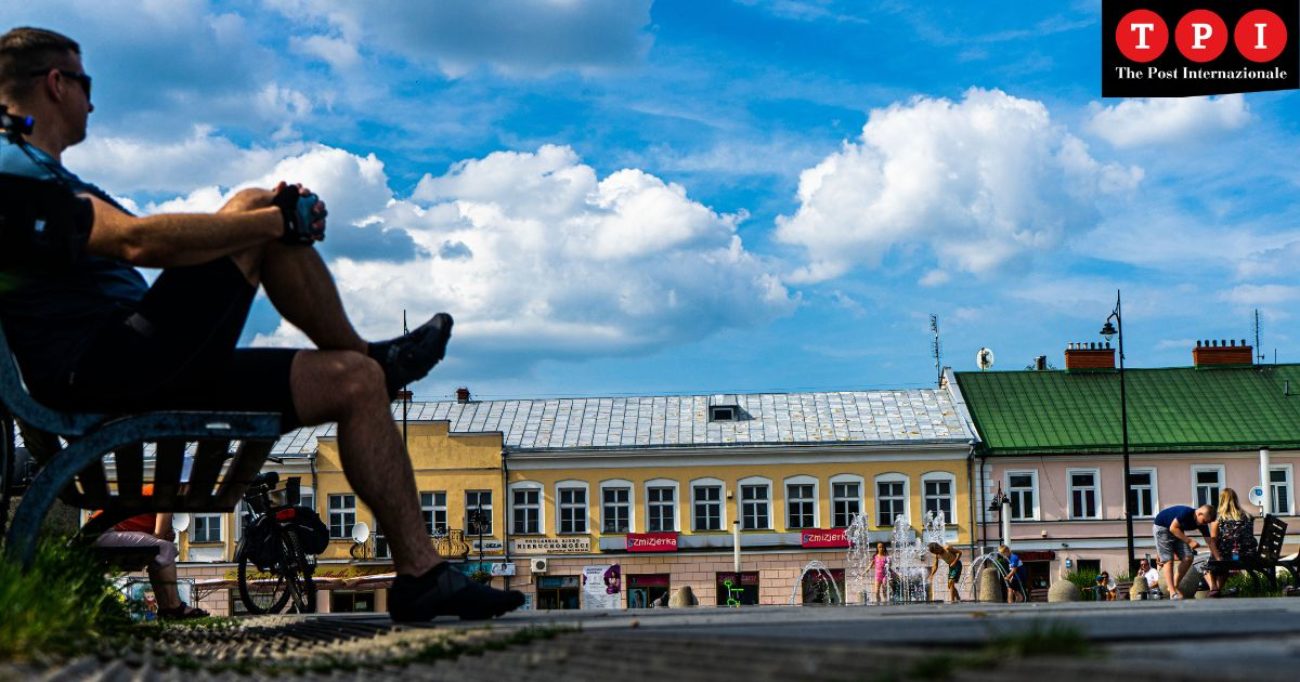 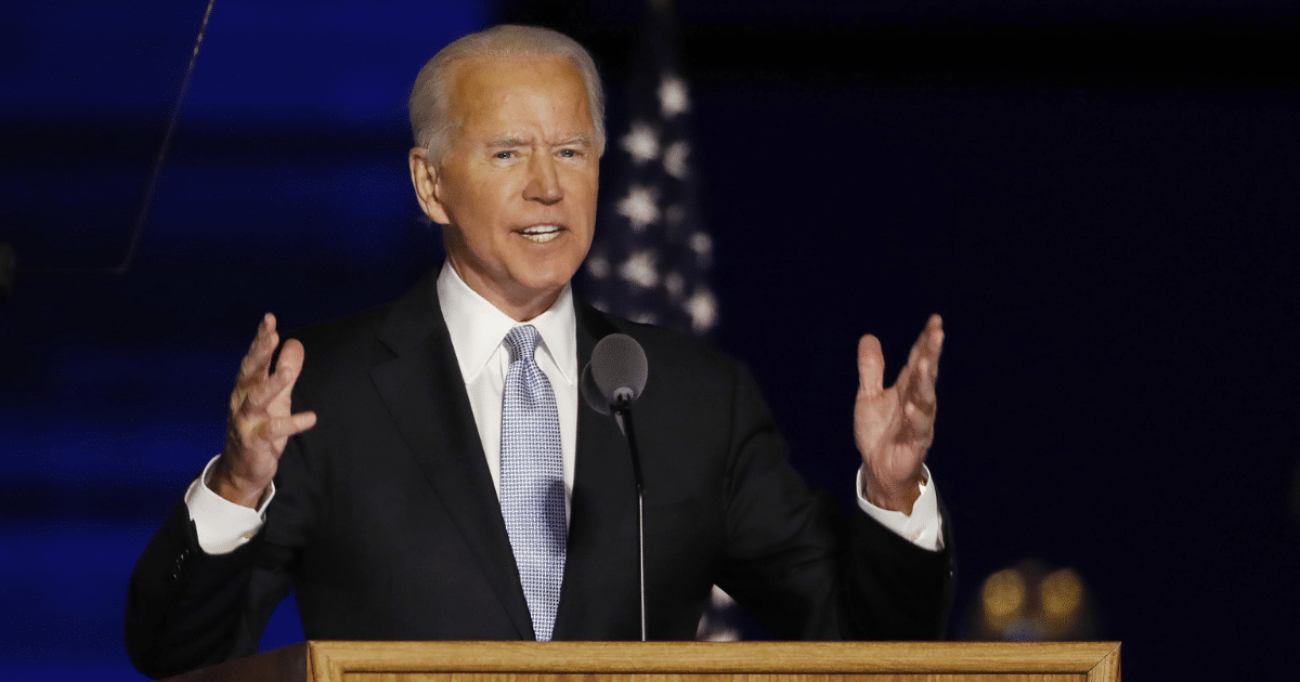 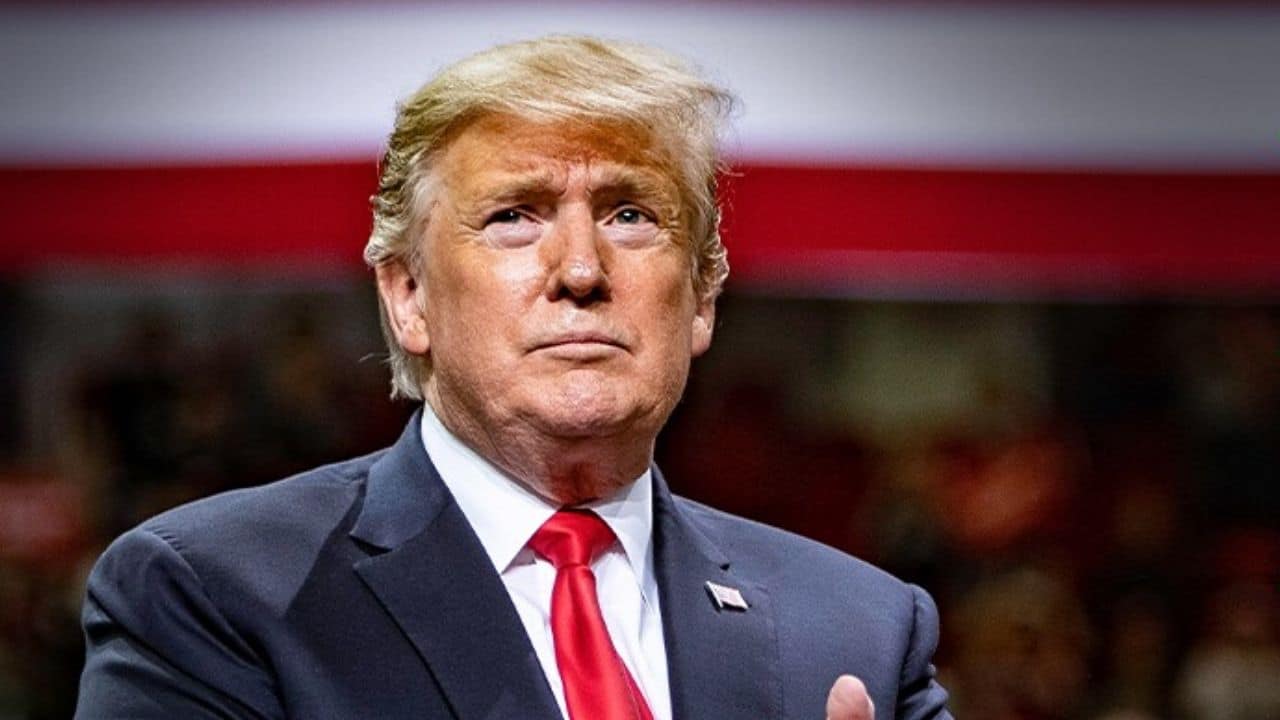 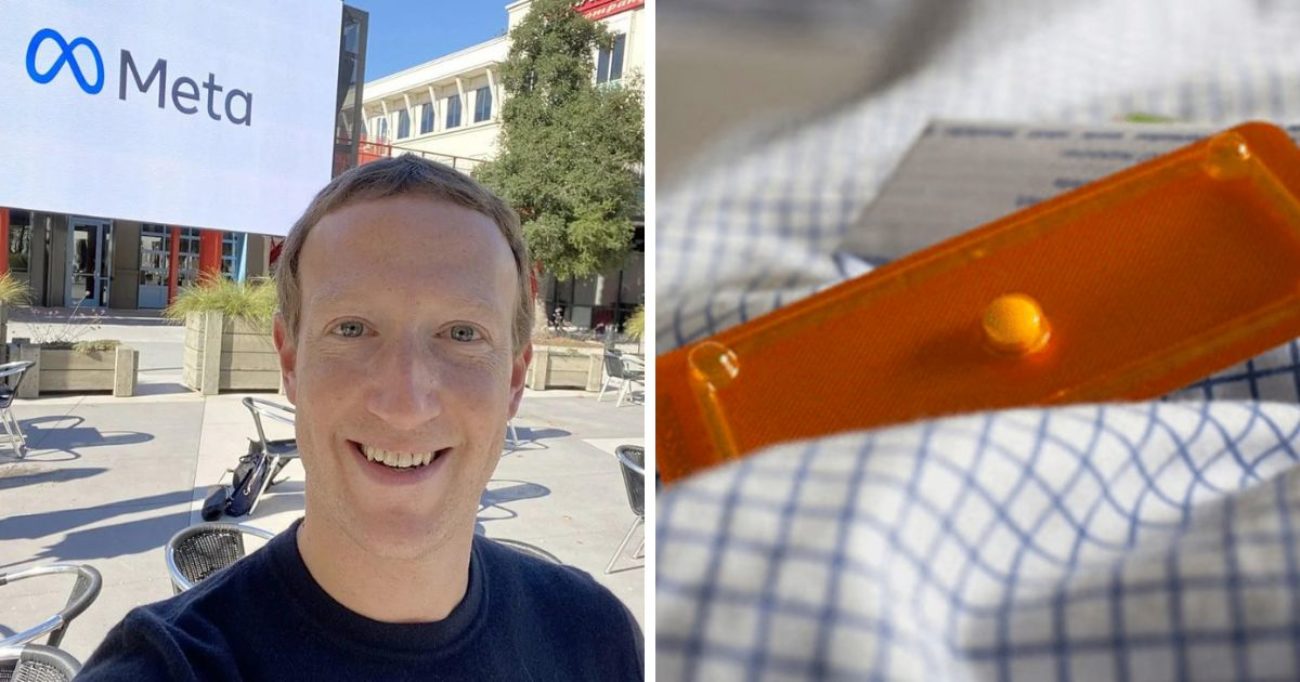 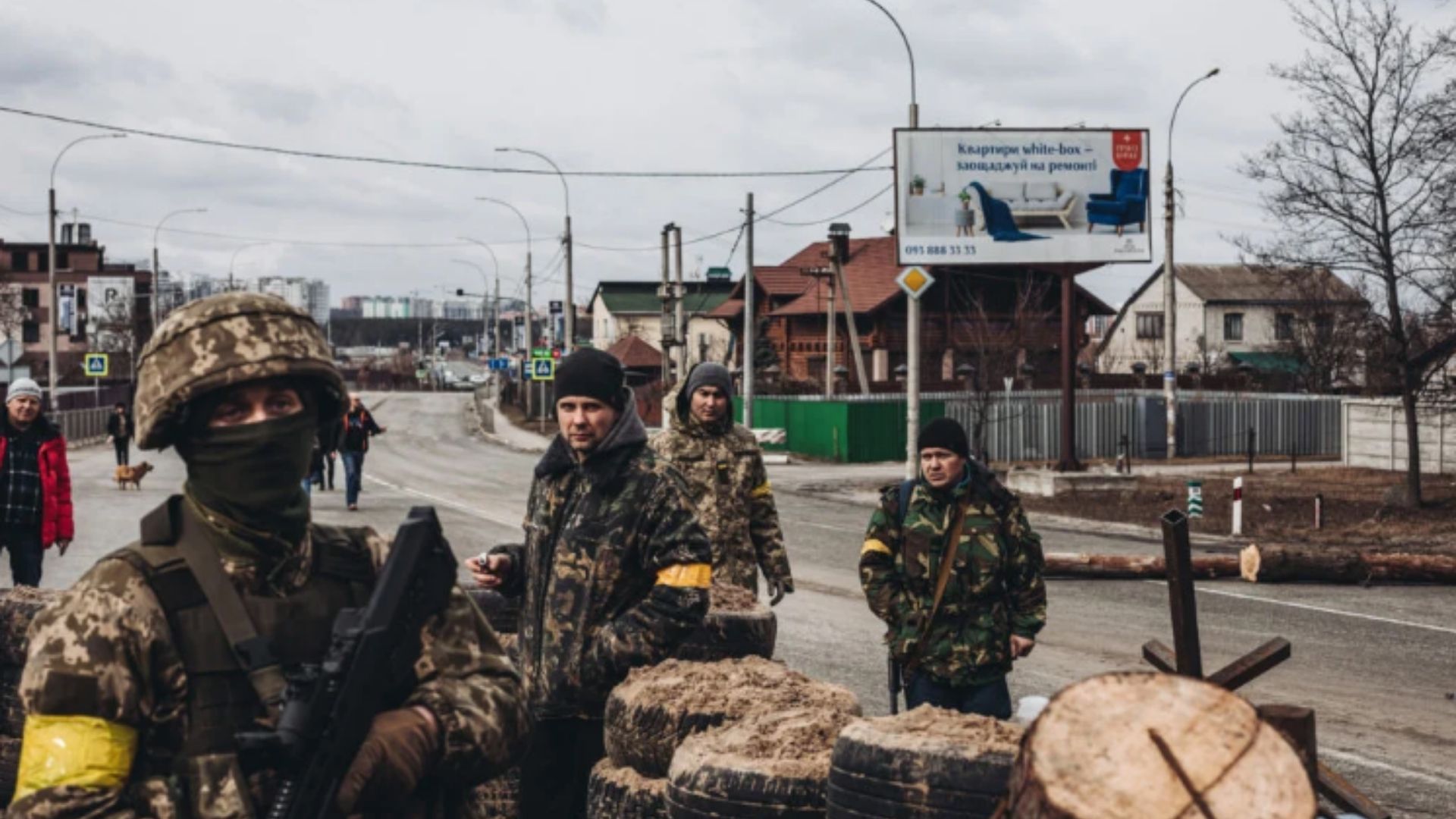